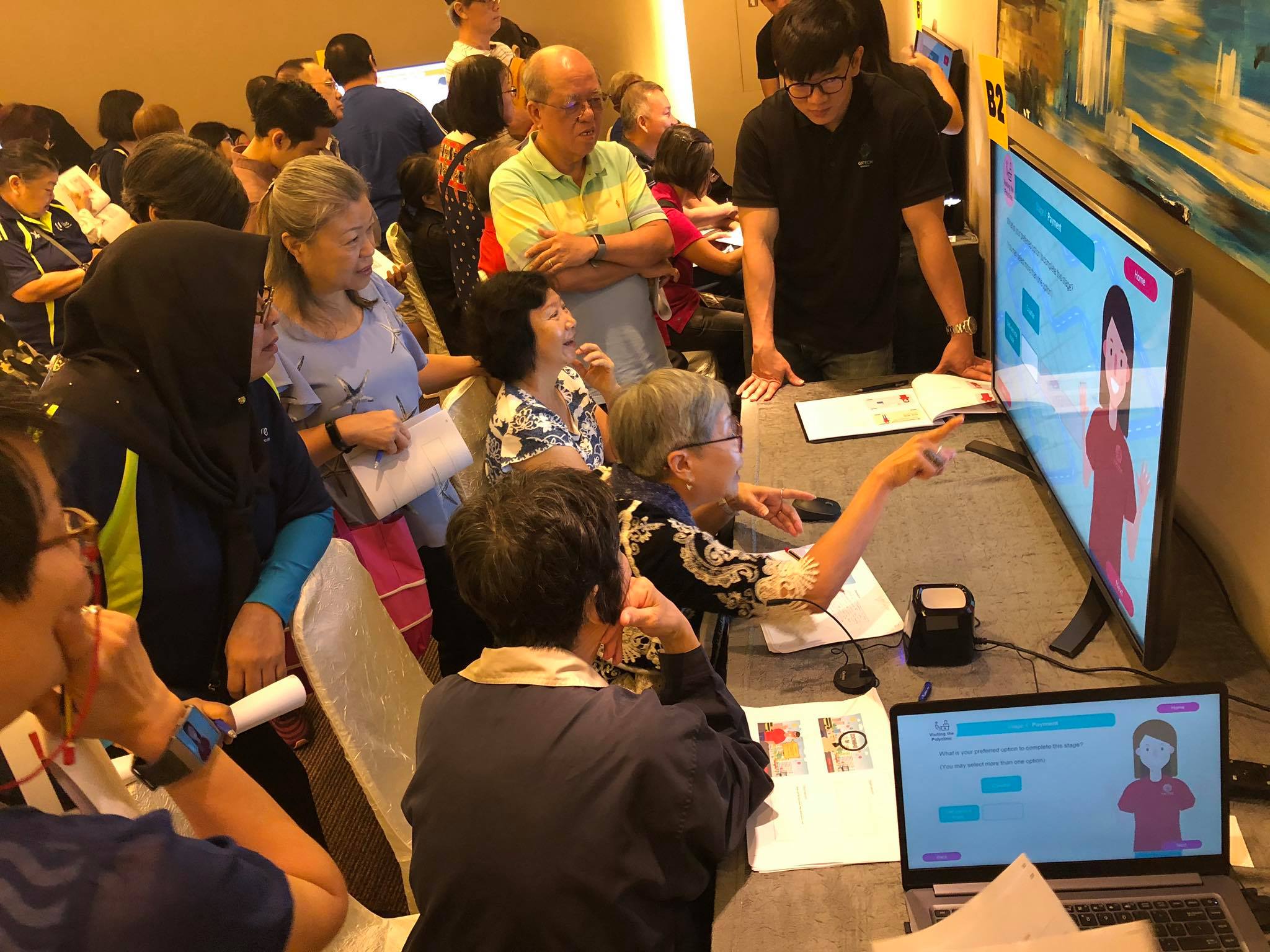 “We were conducting a SCOPE Live session for the Smart Nation Builder (a truck that will rove around Singapore to collect feedback on digital government services) with 80 seniors from NTUC U Live (i.e. members >60). Seniors raised feedback that instructions on the screens were not clear (e.g. the word “next” was too small, instructions to “record” their feedback via speech was not intuitive).

Staff were at wit’s end, struggling to think of alternatives. Mr Lim stood quietly at the back with his coffee. Asking him if he had any suggestions, he shyly said in Hokkien-English– Why don’t just change the English words in the button to the “right arrow” emoticon and the word “record” to the “microphone” button? I am not a tech-expert but I can understand that.

It was brilliant. Everybody there agreed with him.”